My Journey as a Writer by Sarah Guillory

I’ve wanted to be an author for as long as I can remember. I fell in love with reading at a very young age, and the desire to one day pen my own stories was immense. I imagined myself sitting in a sunlit office, surrounded my windows and leather-bound books, words dripping from my fingers like honey.

Then I received my first rejection. I was nine years old.

I was in the gifted program at my school, and our teacher entered us all in a nationwide children’s book contest. We had to write and illustrate our own stories. (I cannot draw. At all. Not even stick figures.) And my story wasn’t that original. It was about some country cats who accidently find themselves on a milk truck and wind up in the city.


I didn’t win the contest. I didn’t even get honorable mention. No one from our school did. Probably no one from our state did. But I decided, at the ripe old age of nine, that I wasn’t talented or creative enough to be a writer.

See, I was reading the Bronte sisters and Laura Ingalls Wilder at the time. Madeline L’Engle. Pat O’Shea’s The Hounds of the Morrigan. (Which is still one of my favorites.) At nine years old, I compared myself to these adult writers, to these brilliant writers, and I determined that I wasn’t good enough.

I was embarrassed by my own words, mortified at how sloppy and cliché and trite they were. I thought writers penned poignant literature as a first draft.

It wasn’t until I read Writing Down the Bones, it wasn’t until a published author told me that I had permission to suck, that I actually realized that it was okay to love to write, even if I wasn’t good at it. I was the most liberating experience of my life.

I began to write lots of sucky words. I abandoned some of them. I have notebooks filled with really horrible sentences and scenes, an entire file cabinet filled with scribblings. But then, one day, I had a book. A really horribly written book, but a finished book that I revised and made less horrible. And revised again and made better. I trunked that novel, as it was a great first attempt but nothing special. But my second manuscript turned into RECLAIMED. And on October 15th, that book will sit on bookstore shelves.

Because as an adult, there was one lesson I learned that made all of this possible: Dreams don’t fall into your lap while you’re sitting around thinking about them. You have to work your ass off. 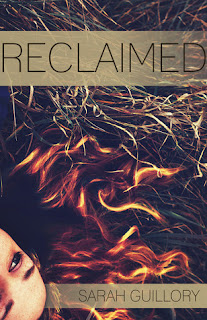 Jenna Oliver doesn’t have time to get involved with one boy, let alone two.

All Jenna wants is to escape her evaporating small town and her alcoholic mother. She's determined she'll go to college and find a life that is wholly hers—one that isn't tainted by her family's past. But when the McAlister twins move to town and Jenna gets involved with both of them, she learns the life she planned may not be the one she gets.

Ian McAlister doesn't want to start over; he wants to remember.

Ian can’t recall a single thing from the last three months—and he seems to be losing more memories every day. His family knows the truth, but no one will tell him what really happened before he lost his memory. When he meets Jenna, Ian believes that he can be normal again because she makes not remembering something he can handle.

The secret Ian can’t remember is the one Luke McAlister can’t forget.

Luke has always lived in the shadow of his twin brother until Jenna stumbles into his life. She sees past who he’s supposed to be, and her kiss brings back the spark that life stole. Even though Luke feels like his brother deserves her more, Luke can’t resist Jenna—which is the trigger that makes Ian's memory return.

Jenna, Ian, & Luke are about to learn there are only so many secrets you can keep before the truth comes to reclaim you. 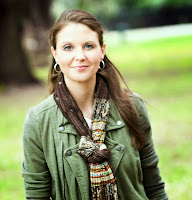 Sarah Guillory is a YA author. In addition, she teaches sophomore English and loves that they pay her to fan girl over books and authors and to watch her students fall in love with the written word. Sarah lives in Louisiana with her husband and ridiculously spoiled bloodhound. RECLAIMED is her debut novel.

About the Blog Tour