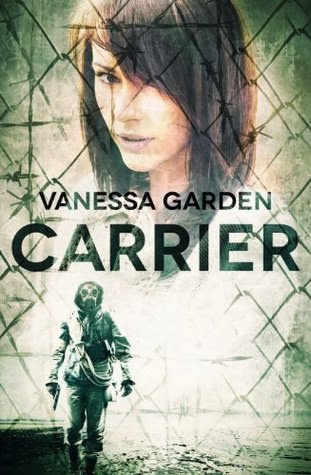 16 year old Lena has lived all her life on a property in outback Western Australia. She’s never been outside the fence, and has never met anyone other than her overbearing mother, and late father and cousin. Life on the property is lonely, and Lena decides it’s time to leave, just for a little while, to see what’s on the other side of the fence. The only problem is that “out there” is the Y-Carrier disease. Carried by men, their only ill effect is a raised, red rash. Women however, die in the most painful way possible. Some speculate that the disease was introduced by a foreign power wanting to weaken Australia’s population before invading. Others think it’s extra-terrestrial in origin. Wherever it came from, there is no cure and cities and towns across Australia have been decimated.


Lena knows that her mother’s over protectiveness is her way of trying to keep her safe, especially after what happened to her cousin, Alice, but she can’t live like a prisoner any more.

While attempting her bid for freedom, Lena meets Patrick. He is the first boy she’s ever seen (likewise, she’s the first girl he’s ever seen). Circumstances throw the two of them together, and the friendship that develops between them is sweet and endearing. However, Y-Carrier isn’t the only enemy that’s out there. Someone is looking for Lena in particular, and they’re willing to go to extreme lengths to find her.

At only 174 pages, Carrier is quite a short book, but it still packs quite a punch.  Even the side characters are well developed. In fact my favourite character was Alice, who we meet only through Lena’s memories and Alice’s own diary entries. The book deals with how different people respond in desperate situations and raises interesting potential questions about gender politics. The story could easily have been stretched out to 300 odd pages, there are a number of sections that were passed over quite quickly that could have been developed further, but the story never feels rushed or incomplete. It really is good to read a book aimed at young adult readers that has such a clear Australian identity.

The publisher’s description suggests the book is for fans of The Walking Dead or The Hunger Games. I think that’s somewhat misleading (as is the cover, but that’s a whole separate issue). There are no zombies in this book and it’s not a dystopian society, although it is about how people in extreme situations cope and what they will do to survive. A more fitting comparison might be to the wonderful Tomorrow, When the War Began.

Carrier is a highly enjoyable stand-alone novel, and while the door is left open for a sequel, the story is complete in itself. With this, and the wonderful Captivate, Vanessa Garden is fast becoming an author to watch.

For fans of The Walking Dead and The Hunger Games comes a YA novel about freedom, choice and family — and the terrifying disease that makes them mutually exclusive.

From the day she was born, Lena has viewed the world through the jagged window of a razor-wired fence. The hundred-acre property she shares with her mother in the Australian outback may keep her safe from the Y-Carrier disease, but it is no longer enough to hold Lena’s interest, and her mother’s increasingly tight grip on her free will is stifling. Just as her curiosity blooms and her courage rises, she meets a boy through the fence — the first boy she has ever laid eyes on. His name is Patrick and he comes with a dangerous yet irresistible invitation of adventure beyond the fence, an invitation to which Lena cannot say no. But Lena’s newfound freedom is short-lived and she soon discovers that the Y-Carrier disease is not the only enemy she faces on the outside. Her new enemies want something Lena has, and they are willing to do anything to get it...