Book Review: What You Wish For 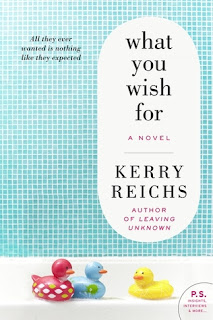 The definition of family is something that has evolved throughout time. In America, for a large portion of our cultural history, the nuclear family was deemed the ideal. I would argue that even during the time of the nuclear family that there were far more families out there that didn't meet the definition of this ideal than those that did. In modern society, there are so many different types of families. Kerry Reichs evaluates this concept in her newest book, What You Wish For.


I was intrigued that there were no nuclear ideals of family among these characters. Each one of them has a different view on what family should be and has a different plan for approaching their goal. The characters are what makes this book so appealing. As the chapters bounce around to each one - revealing their perspectives - you form a kinship with this tribe of seemingly disconnected people. By the end, everything is clear on how these stories all fit together, but I really enjoyed making my own predictions as I read. The characters were what kept me thinking about this book and turning the pages; Reichs breathes live into these characters and makes them step off the pages into the world.

The book begins with Dimple, an actress who is just slightly past her expiration date as a hot young thing. She's still talented and gorgeous, but younger actresses are moving on to the scene and parts are becoming scarce. Dimple starts to take stock of her life and realizes that she has put so much on hold for her career. She decides its time to become a mother before its too late and starts a journey to learn more about using a donor. Dimple soon learns that life has its ways of dumping the unexpected into your lap.

In addition to Dimple's story, readers will also be thrown into the conflict between Maryn and Andy. The pair was once the perfect married couple, but Maryn's battle with breast cancer pulled them apart. Their frozen embryos hang in the balance as these two bicker about their fate and unleash a political storm they never expected. The ethical and moral issues surrounding these two were thought provoking and extremely relevant for our times. The battle between the rights of the mother and the rights of the father where frozen embryos are concerned could become quite the hot topic issue in the future as more and more people are seeking fertility treatments in order to conceive. The topic of IVF is explored at length throughout this book.

Next, there is Wyatt. Wyatt is a single man who never met a woman he wanted to spend the rest of his life with, but that doesn't mean he doesn't want to be a father. He starts a quest to adopt, but runs into road blocks at every turn. When I started reading, I have to admit that I did pause when I read that a single man wanted to adopt a baby. My mind didn't jump to nefarious purposes, but I have just never thought of men as being the ones with the urge to nest. Wyatt breaks all those stereotypes down. He was by far the most fascinating character in my opinion.

Finally, we get to the meet hilarious and Chuck Norris obsessed Eva. She is Wyatt's cousin and a talent agent. Her lifestyle is hectic and flashy. She has the power to conceive, but chooses not to have kids. Her story elements illustrate that family does not have to equal children. So many women today are choosing to remain childless. There is nothing wrong with this decision, in my opinion, but there are those who would disagree. At one point in the novel, Reichs calls attention to the phenomenon outright, "It seemed to Eva that if nature prevented you from having children through no fault of your own, you were a sympathetic figure, whereas her choice not to was 'unnatural'" (pg. 151). I have never understood why society feels it gets to bully those who choose not to become mothers. Eva's choices also bring with them a certain amount of guilt since Wyatt is trying so desperately to become a father.

Kerry Reichs has put together a story that is both heartbreaking and endearing; readers will spend equal portions laughing and crying. This is my first experience with Reichs' writing and I was pleasantly surprised. She has a knack for getting to the essence of an issue and showcasing it in ways that make it real and thought provoking. The concept of family is something that is on my mind a great deal so I was able to empathize with a majority of the characters on their quests to become parents. Reichs is one of those authors that forces the reader to think and feel. You cannot be passive with this one.

My Favorite Thing About This Book: Aside from the characters, I also really enjoyed seeing all the threads of the plot tied together in the final chapter

First Sentence: I have a baby shower, sort of an afternoon/evening thing, so unfortunately, I can't get together Saturday night.

"Having a baby is . . . complicated. "Dimple knows. She's a successful actress who is turning forty--though her agent and her resume insist she's only thirty-six--and she figures it's now or never. Certainly it's not a good time for an intriguing director to show up at her door with a great script.Eva, fabulous agent to the stars, doesn't want kids--and "never" wanted kids. Why is her decision so damned hard for everyone else to accept?When Maryn was undergoing treatment for cancer, she and her husband both agreed to have embryos frozen. But that was way before their divorce and her remission--and now she's single and childless, and caught in the middle of a controversy she never saw coming.The traditional and nontraditional couples desperate for a baby . . . the adoptive parents . . . the single mom . . . the two who want "nothing" to do with parenthood. . . . This is a thoroughly modern story of the pursuit of family in all its forms--and of five very different ways of getting there. 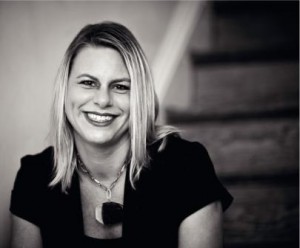 Kerry Reichs, a graduate of Duke University School of Law and Stanford Institute of Public Policy, practiced law in Washington, D.C. She is the author of The Best Day of Someone Else’s Life and Leaving Unknown.

Check out the other great blogs on this tour: