The Larks would like to welcome Dean Mayes to the Nest today. We are excited to spotlight his novel, Gifts of the Peramangk. Be sure to check out the giveaway details at the end of this post. 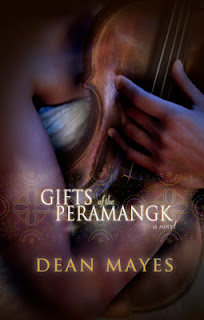 In 1950s Australia, during the height of the divisive White Australia Policy, Virginia, a young Aboriginal girl is taken from her home and put to work on an isolated and harsh outback station. Her only solace: the violin, taught to her secretly by the kind-hearted wife of the abusive station owner. However, Virginia's prodigious musical gift cannot save her from years of hardship and racism.

Decades later, her eight year old granddaughter Ruby plays the violin with the passion Virginia once possessed. Amidst poverty, domestic violence and social dysfunction, Ruby escapes her circumstance through her practice with her grandmother's frail, guiding hand. Ruby’s zeal attracts the attention of an enigmatic music professor and with his help, she embarks on an incredible journey of musical discovery that will culminate in a rare opportunity. But with two cultural worlds colliding, her gift and her ambition will be threatened by deeply ingrained distrust, family jealousies and tragic secrets that will define her very identity. 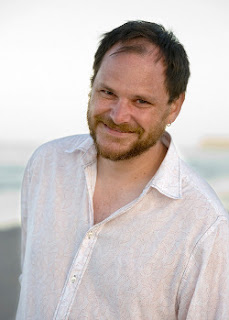 Dean Mayes has been writing, blogging and dreaming for most of his adult life, in between raising his two children, Xavier & Lucy (who was born during the writing of his debut novel The Hambledown Dream) and holding down a very busy day job involving a stethoscope. Dean lives in Adelaide, Australia with his partner Emily and his two children.

The Hambledown Dream, a lyrical and moving paranormal romance, is his first novel. Dean is preparing for the world wide release of his second novel "Gifts Of The Peramangk" on October 26th 2012.

He writes regularly for a loyal following at his blog Dean from Australia.

This giveaway is open internationally to readers 16+ years of age. The winner will receive a SIGNED ebook from Central Avenue Publishing.