Skip to main content
Labels
Posted by Reading Lark May 07, 2015 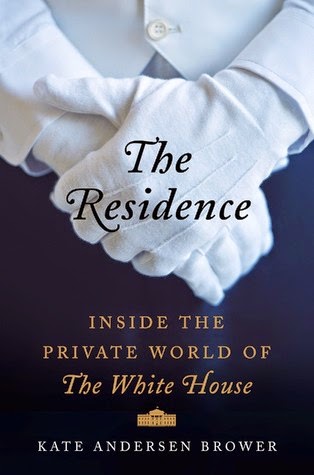 The Residence illuminates the seldom seen world of the men and women who work in the residential portion of the White House. Brower covers everything from how the staff handles the move-out/move-in on inauguration day, to seeing kids grow up in the White House, to how the staff handles the first families during times of personal and national tragedy. If you want tons of juicy gossip this isn’t necessarily the book for you. But if you want to know about how the residence is run and the kind of dedicated people who work there, gently seasoned with fascinating personal stories, then you must read this book!


The book, chronicling from about the late 1950s to the present, begins as any presidency does with moving the former first family out and the new first family in. I had never stopped to think about what an undertaking that must be, but Brower gets into the details, and the amount of work involved varies from enormous to Herculean depending on the decorating plans of the incoming family. If you want to know who was the most difficult family to move in, it’s in here.

At first, I wished that Brower had organized the stories in the book chronologically, but as I progressed through the book, her organizational structure became clearer to me. From the move-in, Brower switches to chapters based on what is expected of the White House residential staff: discretion, devotion, extraordinary demands, and sacrifice. She also includes perspectives of a number of the children who grew up in the White House and how the staff interacted with them. Through the eyes and experiences of the staff, Brower is also able to give us a picture of what the presidents and their families are really like – not just their spin-doctored or radio talk-show criticized public personas. Reading this book gave me a glimpse of what the first families are like when they’re not busy being “some of the most powerful people in recent history.”

I don’t want to give too many specifics, because discovering these private personalities was such a big part of my enjoyment of the book. But I will say that you simply must learn about President Johnson’s obsession with his shower’s water pressure, how tough Nancy Reagan was after President Reagan was shot, and how the Kennedy, Johnson, Carter, Clinton and Obama kids interacted with the staff. Priceless!

I learned an enormous amount about the finances involved in running the White House while reading The Residence as well. Did you know that the first family gets a monthly bill for their food? Or that they can choose furniture and accessories from a vast collection of all the pieces that have ever been in the White House and bring them back to the residence to use? Or that the first family pays for redecorating the residence? Some families didn’t realize these things when they moved in!

What would have made this book better for me is a little more nitty-gritty on things that have happened in the White House. I understand that the staff is fiercely protective of the first families they serve, and that the staff is a remarkably classy group of people, but I still wanted a few more personal details. Also, although Brower lists the “Main Cast of Characters” at the beginning along with their job titles and service dates, it was difficult to follow who was who over the course of the book. I wished more than once that she had put mini-biographies of the staff in an appendix.

Overall, a splendid read, especially for anyone with an interest in history or politics.

A remarkable history with elements of both In the President’s Secret Service and The Butler, The Residence offers an intimate account of the service staff of the White House, from the Kennedys to the Obamas.

America’s First Families are unknowable in many ways. No one has insight into their true character like the people who serve their meals and make their beds every day. Full of stories and details by turns dramatic, humorous, and heartwarming, The Residence reveals daily life in the White House as it is really lived through the voices of the maids, butlers, cooks, florists, doormen, engineers, and others who tend to the needs of the President and First Family.

These dedicated professionals maintain the six-floor mansion’s 132 rooms, 35 bathrooms, 28 fireplaces, three elevators, and eight staircases, and prepare everything from hors d’oeuvres for intimate gatherings to meals served at elaborate state dinners. Over the course of the day, they gather in the lower level’s basement kitchen to share stories, trade secrets, forge lifelong friendships, and sometimes even fall in love.

Combining incredible first-person anecdotes from extensive interviews with scores of White House staff members—many speaking for the first time—with archival research, Kate Andersen Brower tells their story. She reveals the intimacy between the First Family and the people who serve them, as well as tension that has shaken the staff over the decades. From the housekeeper and engineer who fell in love while serving President Reagan to Jackie Kennedy’s private moment of grief with a beloved staffer after her husband’s assassination to the tumultuous days surrounding President Nixon’s resignation and President Clinton’s impeachment battle, The Residence is full of surprising and moving details that illuminate day-to-day life at the White House. 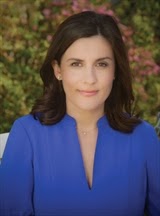 Kate Andersen Brower spent four years covering the Obama White House for Bloomberg News and is a former CBS News staffer and Fox News producer. She lives outside Washington, D.C., with her husband and their two young children.
Follow Kate on Twitter, @katebrower.