Skip to main content
Labels
Posted by Reading Lark May 09, 2017 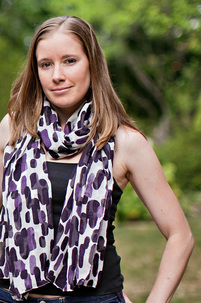 Andrea @ Reading Lark: What made you want to write about Bonnie Parker of Bonnie and Clyde?

Jenni: I (somehow) was allowed to watch the black-and-white Bonnie and Clyde film from the 1960s when I was a little girl. The violence didn’t stick with me, but Bonnie and Clyde’s loyalty toward one another did. It made me wonder who they were besides outlaws. I actually began writing Being Bonnie, the sequel to Becoming Bonnie that’s releasing in 2018(!!), then threw on the brakes. I felt it was important for readers to fully understand how Bonnie got to the point where she was willing to die for Clyde. So I put Being Bonnie on pause and started Becoming Bonnie, even starting the novel with Bonnie as ‘Bonnelyn,’ to show her full transformation from doll to moll. I also took the story from 1932 back to 1927, which allows me to plop Bonn into a speakeasy with tantalizing jazz music, police raids, and a slew of scandalous secrets. That was a blast to write.

Andrea @ Reading Lark: If Bonnie was around today, what would her theme song be?

Jenni: Great question, and ya know what, The Big Bang by Rock Mafia always always got me in the mood to write. The genre of it isn’t exactly jazz age, in which my novel is set, but it has such a fun, upbeat vibe to it. And lyrics like…
Some people like to talk
But I'm into doing,
What I feel like doing,
When I'm inspired.
. … remind me of a certain scene in the novel where Bonnie takes control.

Andrea @ Reading Lark: What research did you do for this novel?

Jenni: There’s a lot out there on Bonnie and Clyde, but I tried to use first-hand accounts whenever I could. Though, it’s important to point out that those giving first-hand accounts often told their story in such a way to make themselves look better, considering they were either “tell-alls” with magazines or anecdotes that were recorded during their trials for being in cahoots with Bonnie and Clyde. One piece of research I found really interesting was a memoir from Blanche Caldwell, wife to Clyde’s older brother. I also scoured FBI files, along with many newspaper articles, other memoirs, personal journals, and photographs. Interestingly enough, I came across so many conflicting sources. That was a blessing and a curse, but ultimately gave me creative license to pick and choose what worked best for my fictional story.

Andrea @ Reading Lark: If you could have lunch with any three people, living or dead, who would it be?

Jenni: Well, Bonnie. As an author, I put thoughts in her head and words in her mouth, so I’d love to compare to the real-life, non-scripted Bonnie. And if I’m bringing back Bonnie, I may as well pull up a chair for Clyde. I feel like we’d need someone really calm and funny to balance things out, so… Ellen.

Andrea @ Reading Lark: If this novel was a cupcake, what kind would it be?

Jenni: Red Velvet. For one, Bonn’s favorite color is red. But beside that, it’s a little rich and a little tangy—and leaves ya wanting another bite. Good thing I’ve got a sequel coming out, too ☺

Andrea @ Reading Lark: It's a tradition to end with this question. What is your favorite bird?

Jenni: A penguin. My sister-in-law is a marine biologist and works at a sea aquarium as an animal keeper. She has adorable penguins she works with and is always sending my three-year-old pictures and videos. I think I enjoy ‘em more than my daughter. 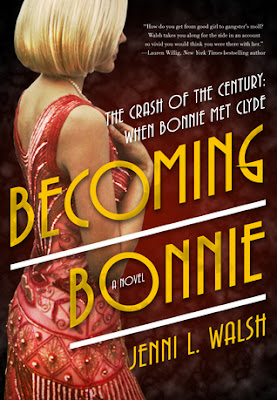 From debut historical novelist Jenni L. Walsh, Becoming Bonnie is the untold story of how wholesome Bonnelyn Parker became half of the infamous Bonnie and Clyde duo!The summer of 1927 might be the height of the Roaring Twenties, but Bonnelyn Parker is more likely to belt out a church hymn than sling drinks at an illicit juice joint. She’s a sharp girl with plans to overcome her family's poverty, provide for herself, and maybe someday marry her boyfriend, Roy Thornton. But when Roy springs a proposal on her and financial woes jeopardize her ambitions, Bonnelyn finds salvation in an unlikely place: Dallas's newest speakeasy, Doc’s.Living the life of a moll at night, Bonnie remains a wholesome girl by day, engaged to Roy, attending school and working toward a steady future. When Roy discovers her secret life, and embraces it—perhaps too much, especially when it comes to booze and gambling—Bonnie tries to make the pieces fit. Maybe she can have it all: the American Dream, the husband, and the intoxicating allure of jazz music. What she doesn't know is that her life—like her country—is headed for a crash.She’s about to meet Clyde Barrow.Few details are known about Bonnie's life prior to meeting her infamous partner. In Becoming Bonnie, Jenni L. Walsh shows a young woman promised the American dream and given the Great Depression, and offers a compelling account of why she fell so hard for a convicted felon—and turned to crime herself.

Jenni L. Walsh spent her early years chasing around cats, dogs, and chickens in Philadelphia's countryside, before dividing time between a soccer field and a classroom at Villanova University. She put her marketing degree to good use as an advertising copywriter, zip-code hopping with her husband to DC, NYC, NJ, and not surprisingly, back to Philly. There, Jenni's passion for words continued, adding author to her resume. She now balances her laptop with a kid on each hip, and a four-legged child at her feet. Becoming Bonnie is her first novel.

Please learn more about Jenni and her books at jennilwalsh.com. 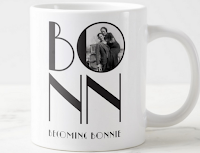